This forum is for the Eternity Knights of Vindictus (U.S.A Version) to hang and talk about the game and the clan.

So we get the scythes this patch. Who's switching to them? 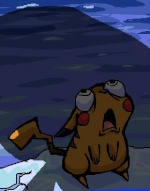 Everyone and thier mother.

Going hybrid with a focus on staff first.

I, like an idiot, forgot to look ahead. I put all of my AP into skills that would help a staff Evie. ( Magic arrow rank A, Magic mastery rank C, Intel Mastery etc.)
I said I was just going to stick with staves since I had already dedicated so much AP to them.

It was much easier to say I wouldn't use Scythes when they weren't released yet...

Now I guess I'll be trying a Scythe once this update is done. If there is a lucky magic force behind me, I will hate scythes and be happy with my career as a staff-weilding Evie.
I don't expect that to be the situation.

Im guessing that my test of the Scythe will have similar results to yesterday's Congressional elections, with Staves being Democrats and Scythes being the Republicans...


So, I will very possibly end up like Ruri as a hybrid, though the "hybrid" will probably mean I have magic skills from before Scythes came out and now that they are out I will start raising Scythe skills.
Hopefully in the not-so-distant future, my Scythe skills will surpass my Staff skills, resulting in a Scythe Evie with the Staff abilities of a level 26.